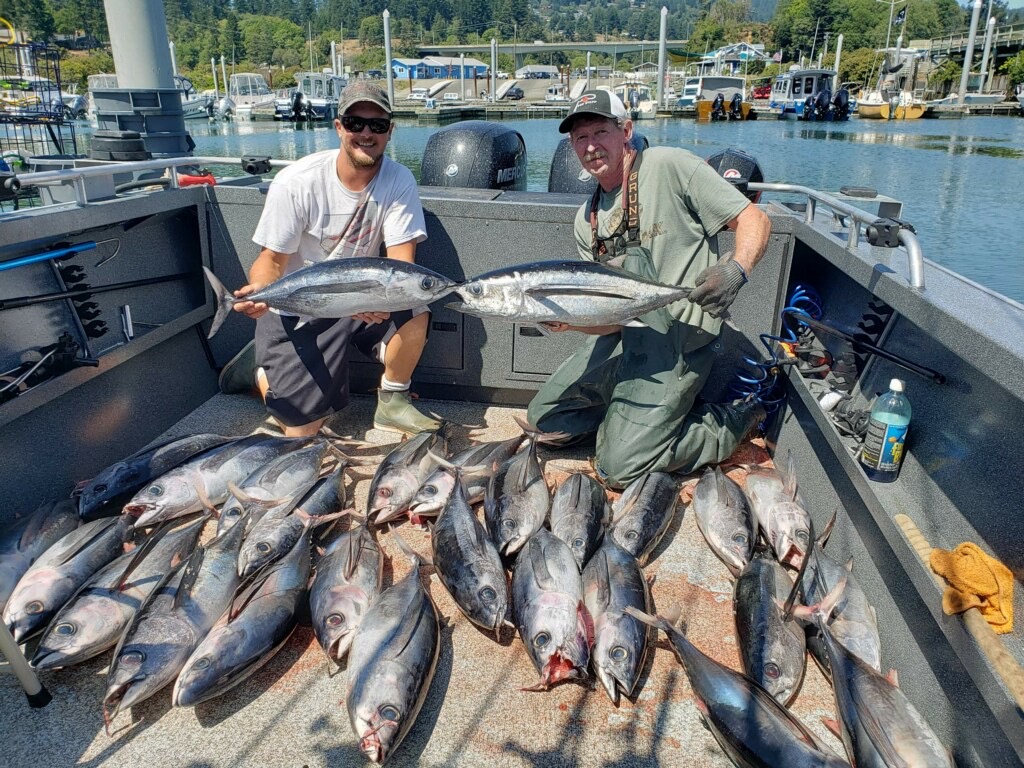 Enjoy albacore tuna year round with these simple recipes

Aside from the thrill of catching them, the great thing about an Oregon Coast albacore tuna trip is the mountain of fillets anglers end up when they get back to the docks. An albacore trip will yield an immense amount of prime fish, which is best enjoyed fresh, and canned for meals later in the year.

Most anglers can (pressure cook) their albacore. After opening a jar or can and making a tuna sandwich, you’ll never buy the grocery store tuna again.

Here are a couple of our favorite albacore tuna recipes.

We all had tuna noodle casserole growing up. It was an easy meal for mom or grandma to make to feed a lot of people without putting much of a dent in the grocery budget. Fresh or canned albacore tuna adds a new twist to this timeless comfort food recipe, with a taste that will keep you from having it any other way again.

A can or two of albacore tuna is the key ingredient for this casserole. If fresh tuna is available, simply grill a fillet or two, or use the leftovers from the Bacon Wrapped Grilled Albacore recipe below.

Boil noodles according to package instructions and drain.

While the noodles are cooking, saute the chopped onion, celery and parsley in butter.

The casserole will be baked at 425 degrees in a glass baking dish. Add the casserole mix, and then sprinkle with the topping.

Bacon-wrapped grilled albacore is a summertime treat on the Oregon Coast. The bacon helps keep the albacore tuna moist while it is barbecued, and when combined with the teriyaki marinade adds an amazing flavor.

Start by cutting an albacore tuna loin in 2-inch pieces. Wrap each with a slice of bacon, secured with a tooth pick.

Place the chunks of albacore tuna in a large plastic bowl or glass dish and marinate in teriyaki sauce. Yoshida’s teriyaki is a good choice. Marinate for 2 to 4 hours.

Albacore tuna cooks quickly on a grill. Be careful not to cook at too high of a temperature, as the outside will become well done while the middle remains raw. Turn the albacore a couple of times, redipping in the teriyaki sauce.

The albacore will change color when done, turning almost white. Be sure to remove remove the toothpicks before eating.

To book an albacore tuna trip with Brookings Fishing Charters, call (541) 813-1082 and ask to be on our call list. Trips can also be booked at www.brookingsfishing.com.