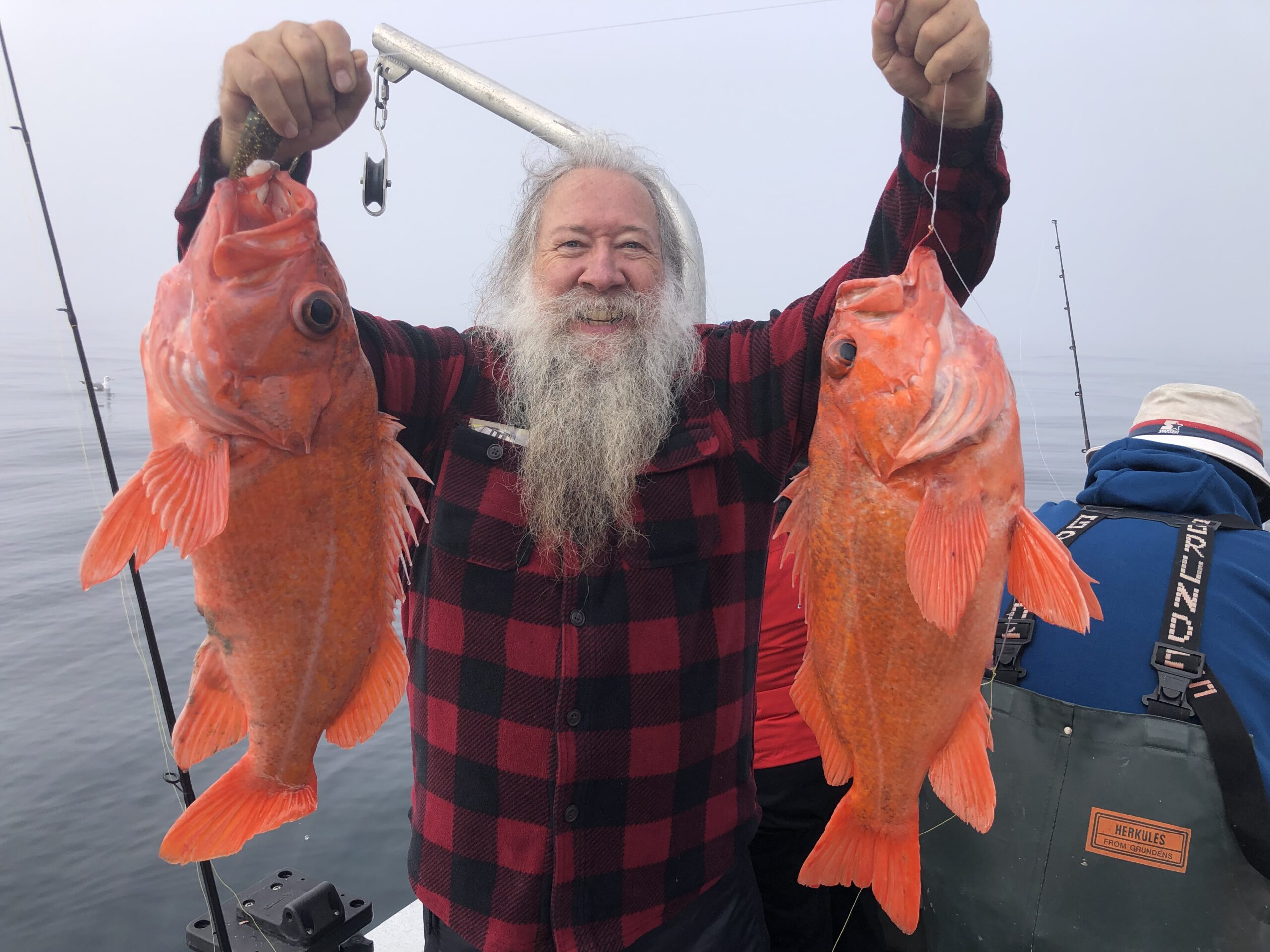 Fishing for lingcod and rockfish was very good off the coast of Brookings in recent weeks until the first major storm of the fall season arrived and forced boats to stay in port. Brookings Fishing Charters reported limits of rockfish and lingcod during its Point St. George Reef Lighthouse trips, and a good rockfish bite at the inshore reefs in early November before the storms hit. Rough weather is expected through November.

After relatively calm seas, large waves and winds to 50 mph hit the coast during the Friday the 13th storm. The Coast Guard closed the bar crossing to all recreational vessels.

The first major storm arrived overnight on Nov. 13, with winds to 50 mph and waves over 15 feet high. Heavy rain also fell. A series of storms is expected over the next week.

At the Point St. George Reef lighthouse, fishing was wide open before the storms, with limits daily of large rockfish, including lunker canary and vermilion rockfish, and lingcod to 25 pounds. Lots of blue and black rockfish also were being caught.

Halibut season ended Oct. 31 on the Southern Oregon Coast. The Nauti-Lady and The Dash each ran successful trips at the end of the season, with halibut to 30 pounds.

The variety and grade of rockfish out of Brookings has been good in recent weeks. There are also plenty of smaller rockfish that have been released in the shallow water. The Brookings Fishing Charters fleet uses light spinning rods to catch rockfish in shallow water.

With stormy weather, the Smith and Chetco rivers are on the rise, kicking off the drift boat salmon season for the Brookings Fishing Charters crew. Capt. Andy, Travis, Rye, Mick, Shane, Rich and Michael are also drift boat guides during the fall and winter months.

Ocean charters will resume as weather conditions allow. Lingcod and rockfish season is open year round out of Brookings, and May 1-Dec. 31 at the lighthouse and out of Crescent City.