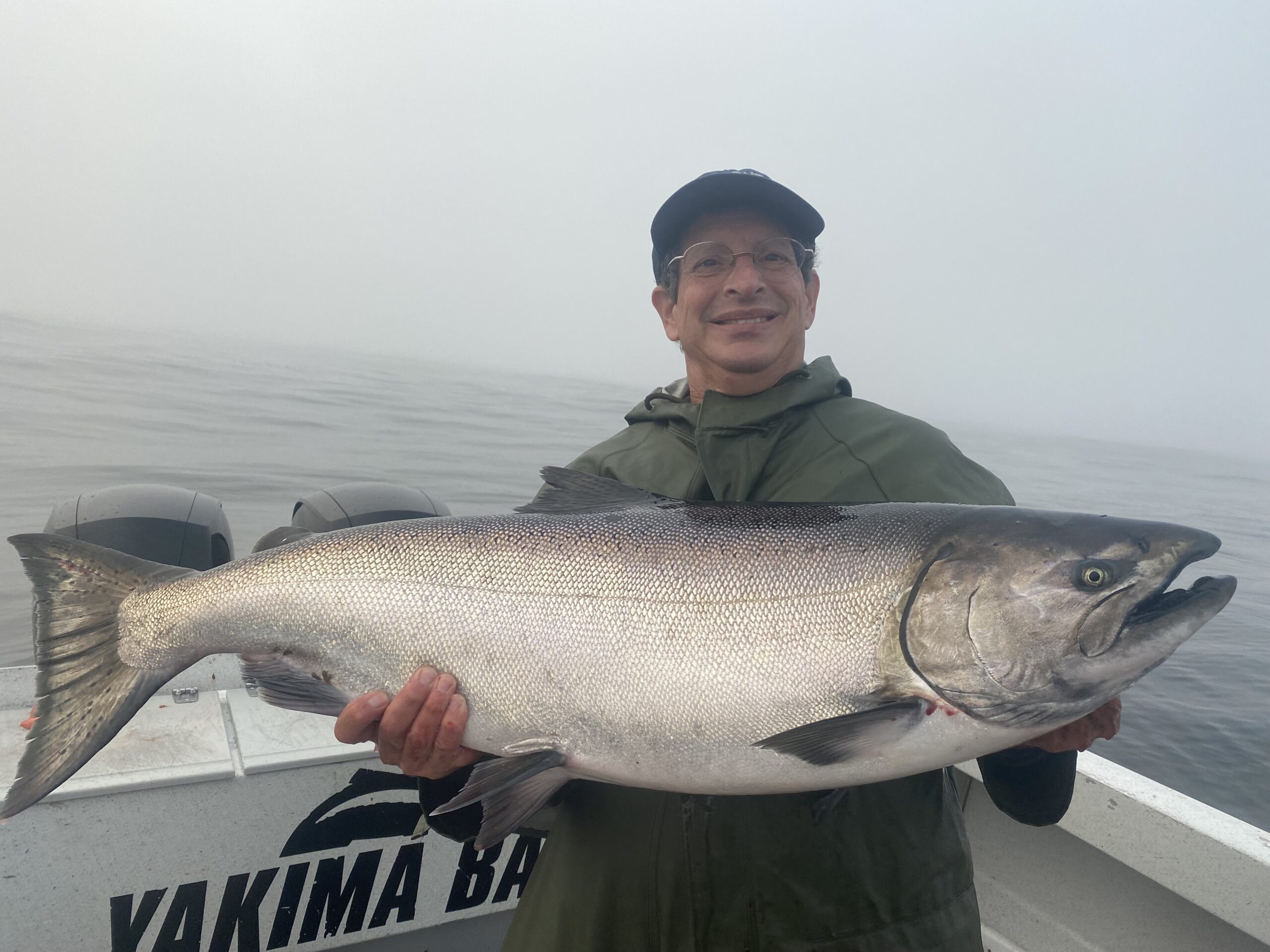 The ocean salmon season out of Brookings will run June 18-Aug. 21, with coho-only the first week, and king salmon opening June 25. The season is similar to last year’s ocean salmon fishery out of the Port of Brookings-Harbor.

The season opens during the period when catches historically are at their peak, as king salmon from the Sacramento, Klamath, Smith, Rogue, Chetco and other rivers all congregate near Brookings to feast on anchovies, herring and other bait fish. Anglers will be allowed to fish seven days a week out of Brookings once the season opens, and keep two salmon per day. Wild or hatchery kings can be kept, along with hatchery coho salmon.

Forecasts are good for this summer’s season, and early indications show there are lots of fish off of Brookings. Charter boats already are encountering big numbers of king salmon while running bottom fish trips out of Brookings. There is an abundance of bait within close range of the harbor, with massive schools of herring, smelt, needlefish and anchovies already here.

Federal biologists estimate there are 1.3 million hatchery coho and nearly 850,000 adult king salmon from the Sacramento, Rogue and Klamath rivers off the Southern Oregon and Northern California coast this year. The coho numbers are above average, while the Sacramento forecast also is high.

Last summer, the Brookings Fishing Charters fleet enjoyed impressive catch rates all salmon season, with lots of limits of coho and kings. Some days when the coho fishing was hot, boats returned early with full limits and released big numbers of wild coho. The kings fishing was good from the opening day into mid-July last summer.

Brookings Fishing Charters captains are the most experienced ocean salmon guides on the Southern Oregon Coast. Using fast, comfortable six-pack boats, they quickly get to the fishing grounds, and use downriggers or divers to get anchovies or herring in front of feeding salmon. All of the captains are year-round fishing guides on both the river and ocean and experts at catching salmon. Many of the Brookings Fishing Charters captains also have extensive Alaska salmon guiding experience.

Ocean salmon trips are $200 a person and include all bait and tackle. Trips are 6-8 hours. Catch rates are generally highest in June and July. To book a trip, click here.