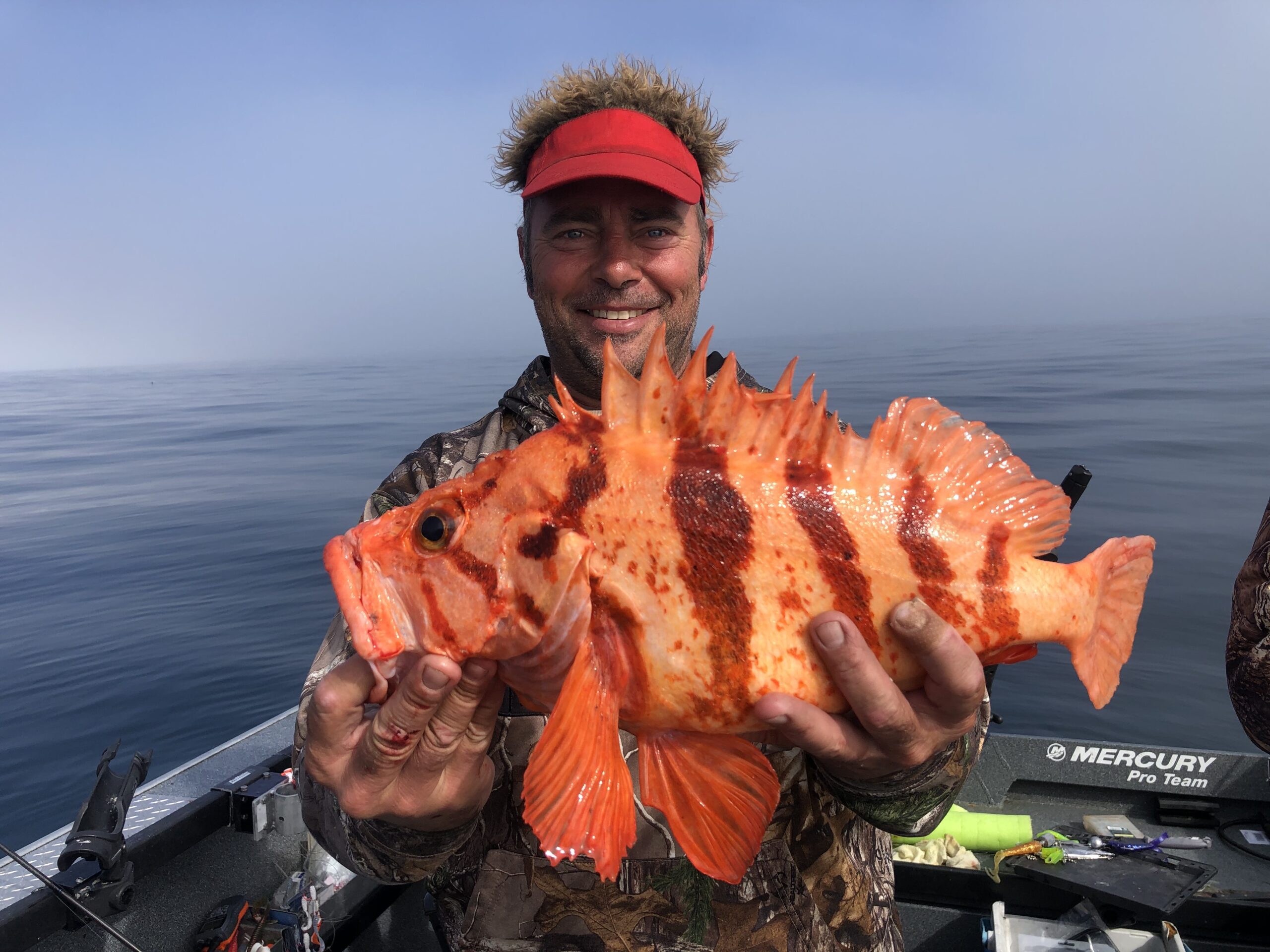 The Oregon Department of Fish and Wildlife has increased the bag limit for rockfish out of Brookings and other Oregon Coast harbors to seven a day, up from five. Anglers also can keep two lingcod per day. The increased limit has been a hit with charter customers, who can now bring home more fish.

The limit is any combination of black, blue, canary, yellowtail and vermilion rockfish. As part of the regulation change, China, copper and quillback rockfish must be released.

Rockfish, also known as Pacific snapper, rockcod, sea bass and black bass, are among the most abundant fish on the Oregon Coast, and prized for their excellent table fare, especially for fish and chips for fish tacos.

Fishing for rockfish and lingcod has been good out of Brookings in recent weeks, especially during calmer weather days. There have been some days that it has been too windy to fish. Most of the rockfish being caught are blacks, but plenty of blues and canaries also are being caught, with an occasional vermilion. Capt. Andy got a customer into a seldom-caught tiger rockfish in early August out of Gold Beach.

Now that salmon season has closed out of Brookings (the season ran June 21-Aug. 7), the Brookings Fishing Charters crew is focusing on rockfish and lingcod, California and Pacific halibut, and keeping an eye on the tuna catches offshore. So far, the albacore tuna have been too far out of Brookings to effectively target.

Lingcod fishing has improved in shallow water, as fish begin to move in from deeper areas to feed and eventually spawn this winter. August and September generally produce good lingcod fishing out of Brookings.

The salmon season is over until next year. This year, the Miss Brooke of Brookings Fishing Charters was by far the highliner boat in the local charter fleet, catching hundred of kings for customers. Capt. Travis and Capt. Michael had the kings dialed in, and often caught fish when most other boats failed to get bit. The size of the salmon was great this season, with lots of fish over 20 pounds.