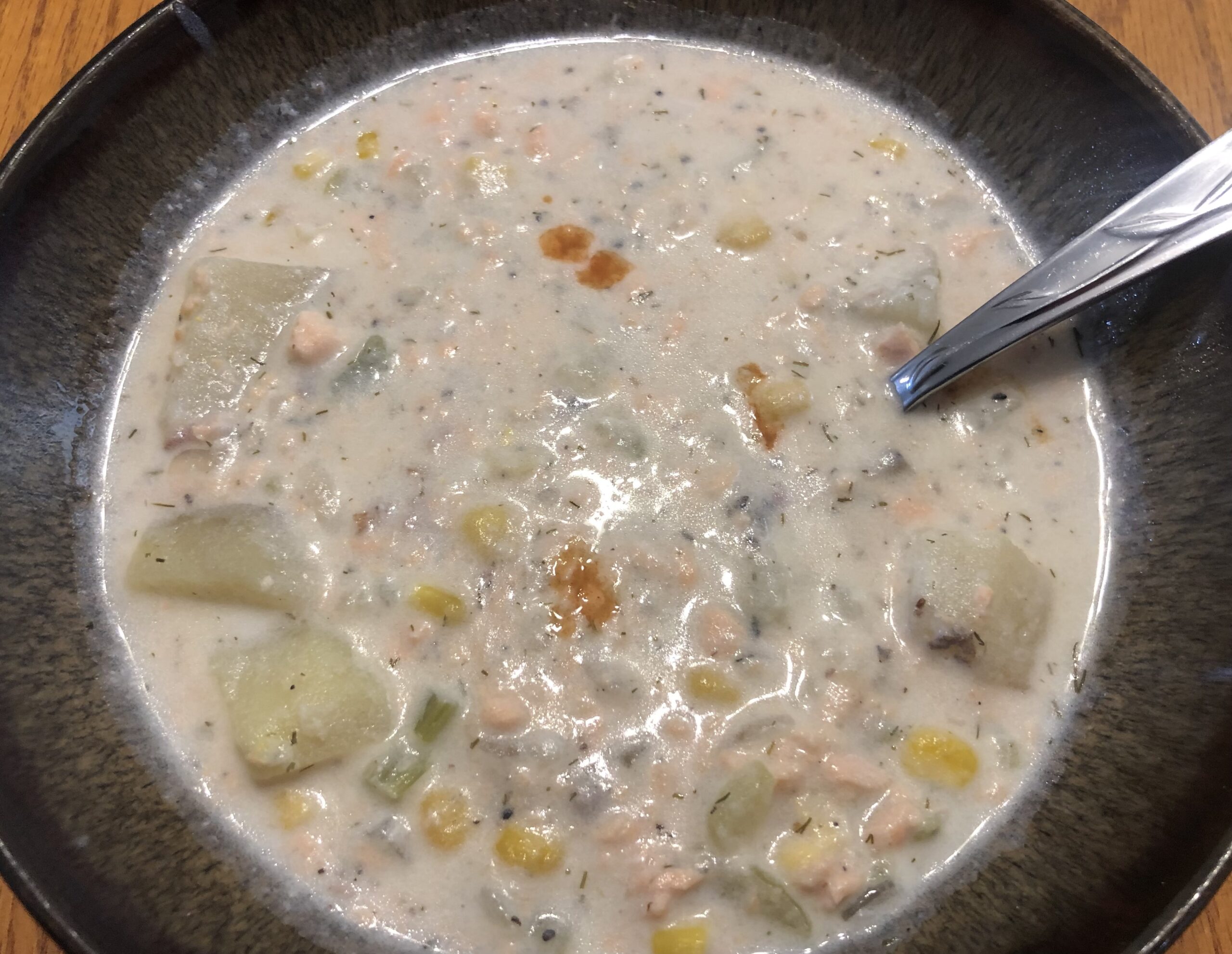 The thrill of catching hard-fighting king and coho salmon is a top draw to the Oregon Coast. Salmon also are highly prized because they are so delicious to eat. Whether grilled, baked or smoked, salmon are one of the most popular fish to eat. They also make great chowder.

Capt. Andy Martin of Brookings Fishing Charters, who has guided for salmon in Oregon, Alaska and California, has a favorite salmon chowder recipe that was perfected by guides in remote Alaska, who would prepare the tasty dish for their clients on the banks of the river after they caught their first fish of the day. The guide would cook the chowder for lunch while clients continued to fish.

Salmon chowder is a great way to enjoy salmon year round, as it can be made from fresh or frozen salmon. Canned or smoked salmon could also be substituded.

Start by cooking several pieces of bacon. Save the greese. The bacon adds flavor to the chowder.

In a large pot, cook chopped onion and celery with butter or olive oil. One small onion and a few stalks of celery is all that is needed.

Add enough water to almost cover the potatoes. Be careful not to add too much, especially if you like thicker chowder. Add a generous amount of dried dill weed. Cook the potatoes until almost done.

Just as potatoes are almost done, add chopped up raw salmon. Remove the skin and bones before adding to the chowder. Stir and continue to cook over medium heat.

As the salmon cooks, it will break apart into small pieces. Continue cooking until salmon is done.

Once the salmon is cooked, add a can of drained corn, or a bag of frozen corn. Stir well.

The final step is adding one to two cups of half and half. Heat, stirring frequently, until chowder is hot.

Enjoy the chowder with a dash of Tabasco sauce, or a dab of butter. Serve with warm bread or crackers.

To catch a salmon on the Oregon Coast to make this delicious salmon chowder, visit www.brookingsfishing.com