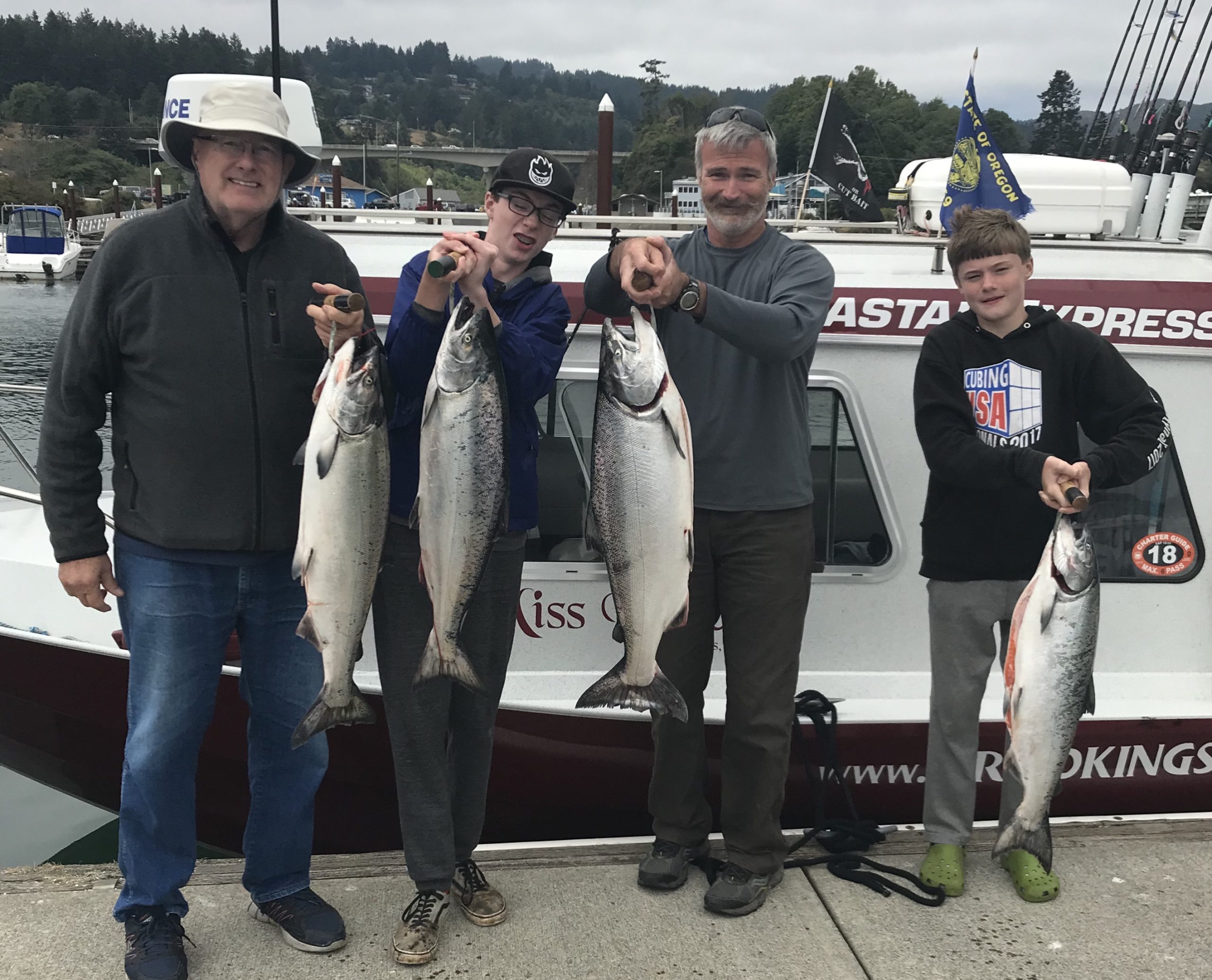 There are plenty of reasons to be optimistic about the ocean salmon season approved today (April 10, 2020) for the Ports of Brookings and Gold Beach. Although the June 20-Aug. 7 season is shorter than most years, running only 48 days, it takes place during the peak time of the year for salmon fishing out of Brookings. Late June and early July often produce substantially better fishing than the rest of the year.

Anyone who spent time trolling for salmon off of Brookings in June and July last year, and later in August on the Rogue Bay, likely noticed the very large number of jacks, or 2-year-old salmon. You often couldn’t get through them to catch a larger adult salmon. Those jacks are a key indicator of the following year’s run. Lots of jacks and shakers last year should equate to plenty of keeper-size adults this summer.

The majority of the salmon caught out of Brookings are from the Sacramento, Feather, American and Mokelumne rivers in Northern California. Those rivers have a 2020 ocean abundance of 473,200 adult kings, up from last year’s pre-season forecast of 379,000. Those shakers caught and released last summer off of Brookings are likely part of that large population of Sacramento Valley salmon, which feed off of Southern Oregon and Northern California during the summer months before moving toward the San Francisco area later in the year, and then into the bay and delta.

Adding to the big numbers of salmon from the Sacramento River and its tributaries are salmon from the Klamath, Trinity and Rogue rivers. There are an estimated 186,000 adult kings from the Klamath and Trinity rivers in the ocean this year. That number is down from the 2019 forecast of 274,000, which led to the shorter ocean seasons this year to ensure enough fish make it back to the Klamath to spawn. The highest impacts on Klamath River salmon by anglers fishing out of Brookings and Crescent City are in August, resulting in the limiting fishing in August this year. The Rogue River has an ocean abundance of 256,900 this year. There were incredible numbers of jacks in the Rogue Bay last August, a sign there will be lots of larger 3- and 4-year-old king salmon this season.

The overall ocean abundance for the Sacramento Valley, Klamath-Trinity and Rogue River totals 916,100 adult king salmon. The number is more than 1 million once salmon from the Chetco, Smith, Eel and other coastal rivers are added in.

When developing this year’s ocean salmon seasons, biologists warned the smaller forecast for the Klamath River would result in a shorter season than last year. Anglers and local residents testified at PFMC meetings that the preferred dates are late June and July, when salmon are most abundant off of Brookings. Anglers also pointed out May and early June can be windy, creating rough conditions on the salmon grounds 5 to 10 miles out from the Port of Brookings.

Brookings Fishing Charters targets salmon during the summer months by trolling herring, anchovies or sardines with downriggers or divers. Each of the captains have considerable ocean salmon experience off of Oregon. The Miss Brooke, Papa B, The Dash and ‘Bout Time are also among the fastest boats in the fleet, to quickly get anglers offshore to the salmon grounds.

This year’s limit is two king salmon per day at least 24 inches long. The ocean season is open seven days a week. Barbless hooks must be used.

After the ocean salmon seasons closes, Brookings Fishing Charters continues to run lingcod and rockfish charters out of Brookigs, along with California halibut, and fall salmon on the Rogue Bay in Gold Beach. Capt. Andy docks his guide sled at Jot’s Resort in Gold Beach to run bay salmon trips, and ocean lingcod and rockfish, and bay salmon combos.

The Rogue Bay fishes best from early July through mid-September. During the Rogue season, anglers can keep two adult kings and five jack salmon per day.

To book an ocean charter with Brookings Fishing Charters, call (541) 813-1082 or visit www.brookingsfishing.com.