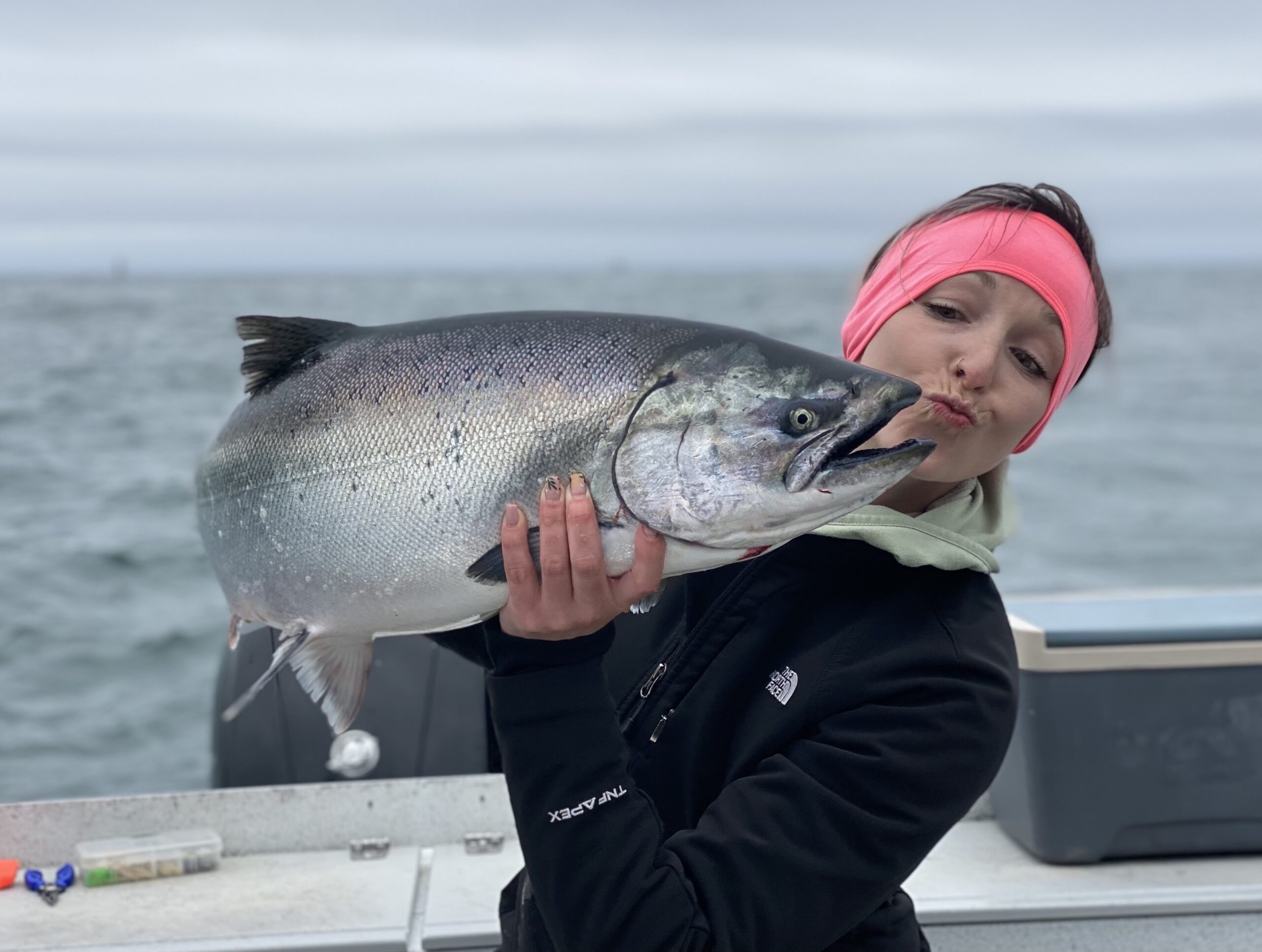 Salmon action heats up in Brookings

The best ocean salmon fishing in more than seven years is happing in Brookings this summer, as big schools of anchovies are attracting impressive numbers of kings and coho just outside of the harbor.

The charter boats working out of the Brookings Fishing Charters office have regularly been catching limits or near limits of salmon. While some days have been slow, the overall king salmon fishing this season has been well above average. Salmon to 25 pounds are being caught.

The first week of the season, fishing was wide open for silver salmon, which are also known as coho salmon. The Miss Brooke, Bout Time and Dash were getting limits nearly every day, while also releasing lots of kings. As soon as the king season opened, limits of near limits were being caught, with the salmon in close, feeding on thick schools of bait.

Windy weather has kept sport boats away from an area commonly known as “Salmon Ally.” Instead, anglers have been forced to fish closer to the buoys. Despite the wind, overall fishing has been good. Even better action is expected the second half of July as boaters can get offshore again during periods of nicer weather.

Salmon have been biting anchovies or herring trolled close to the surface behind divers and Fish Flash flashers. Since the Brookings Fishing Charters captains are year-round fishing guides, working on the ocean charters during the spring and summer and local rivers during the fall and winter, they are all accomplished salmon anglers. Capts. Travis Sallander, Michael McGahan, Rich Singnorello, Andy Martin, Sam Stover, Mick Thomas, Rye Phillips and Mike Brouillette are among the best salmon captains on the Oregon Coast, with extensive experience fishing out of Brookings, in Alaska and off of Northern California. The six-pack boats are equipped with trolling motors to get the precise speed salmon like. They also can fish in tight quarters, as the hot bite often draws a crowd of boats (which usually follow the charters as they steadily pick away at the salmon).

The limit is two salmon per day. Kings must be at least 24 inches. Wild coho must be released, but wild or hatchery kings, and hatchery coho, may be kept. Most of the coho are bound for the Columbia River, where a near-record return is expected this fall. The king salmon, meanwhile, are primarily Sacramento River, Feather River, American River, Klamath River, Trinity River and Rogue River fall Chinook salmon.

Brookings Fishing Charters offers salmon trips daily aboard its six-pack charter boats. Bottom fishing trips also are offered on the Nauti-Lady and the six-packs not booked for salmon.