Action can be fast and furious off coast of Brookings

Every summer, big schools of albacore tuna arrive off the Oregon Coast. When these prized fish move close enough to shore, charter boats from Brookings to Astoria are able to venture out and pursue these hard-fighting, great-tasting tuna. Albacore are known for their buttery, soft white flesh, and is excellent for sushi, sashimi, and nigiri, as well as grilled, deep fried or canned.

Sport anglers like albacore tuna because they are such hard fighters, and abundant enough to provide fish-after-fish action when they move within range of the charter fleet. Averaging 10 to 12 pounds, albacore to 30 pounds are common off the coast of Brookings. Schools can be hundred of miles offshore, but usually come within 50 miles of Brookings by mid- to late summer, and sometimes are caught within 15 miles of the harbor.

Our captains know the importance of bleeding the tuna and keeping them ice cold. We carry large coolers of ice to cool the catch and preserve it before returning to the dock. Anglers will taste the difference of albacore tuna that has been well cared for by the crew.

Our albacore trips include all bait and tackle and ice. Trips depart early in the day. Filleting is available. We fish from six-pack boats, with four to six customers on board. Ask about private charters. 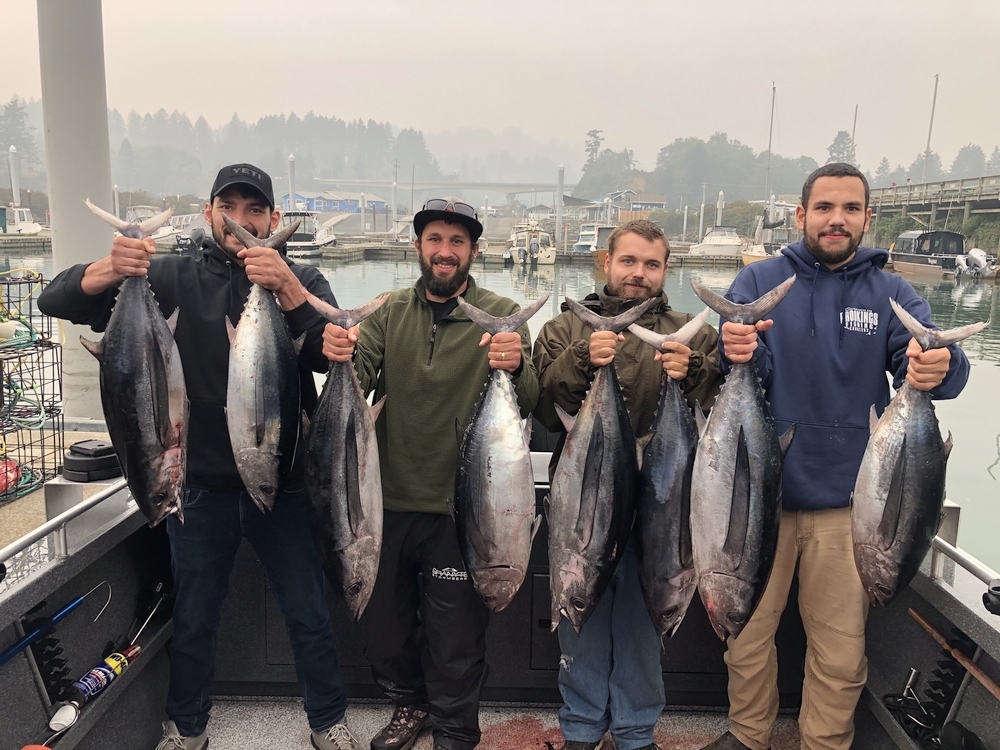 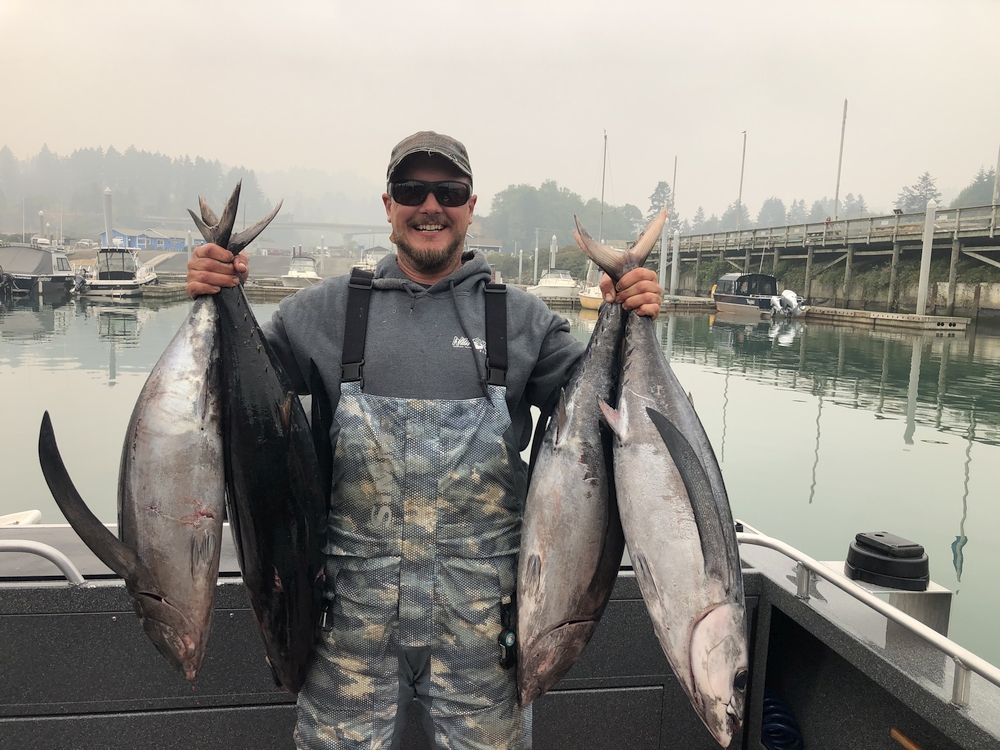 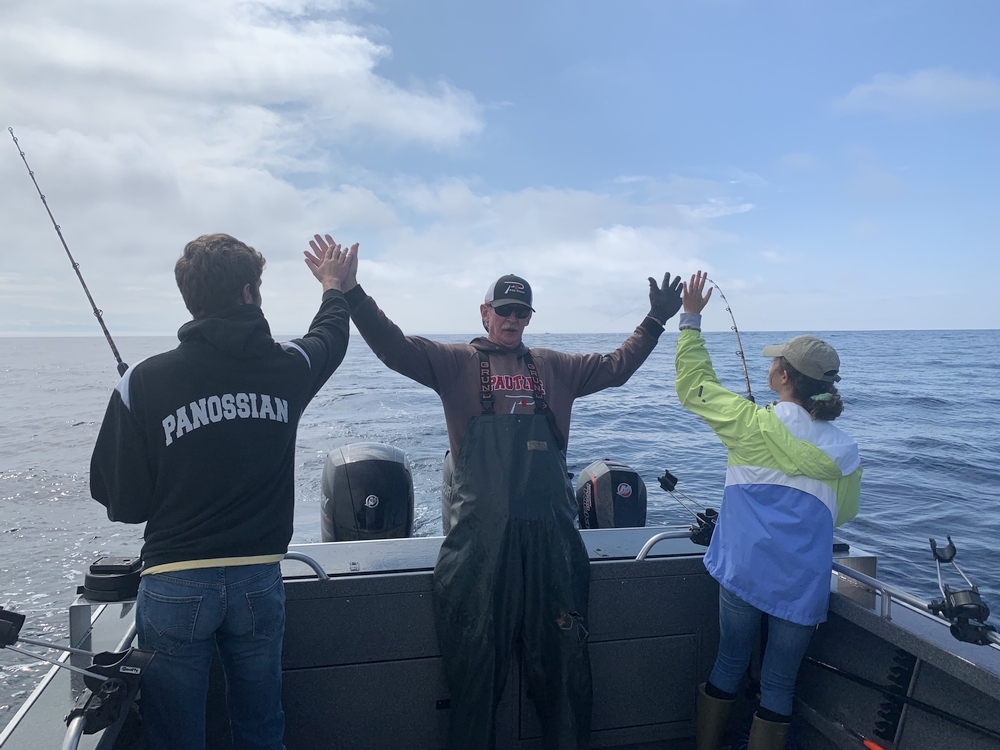 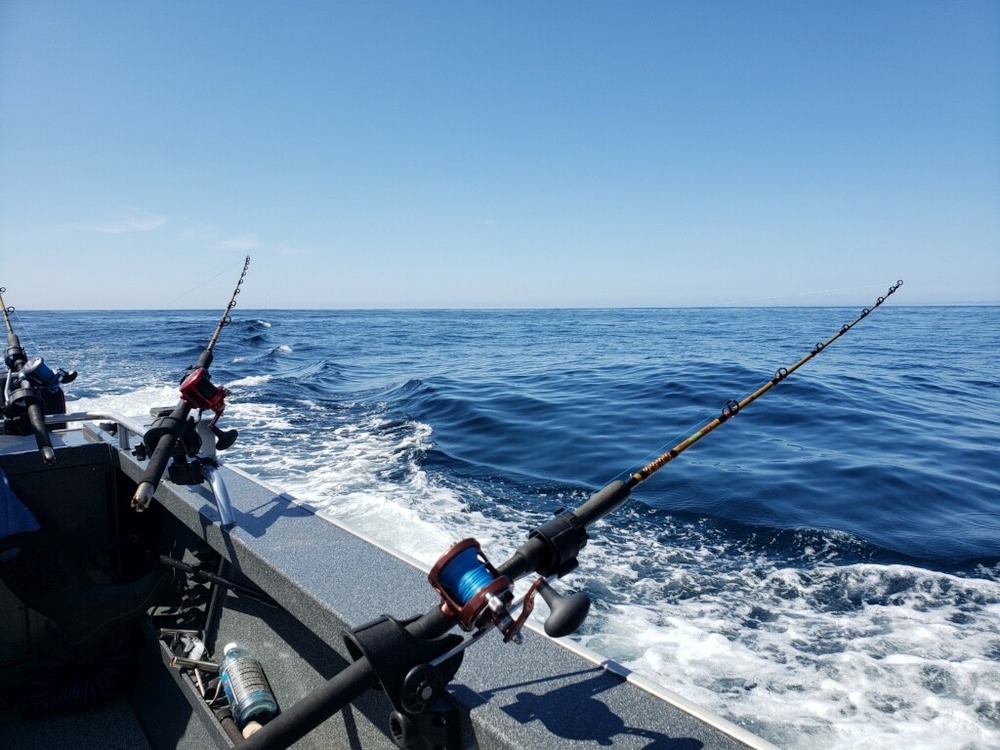 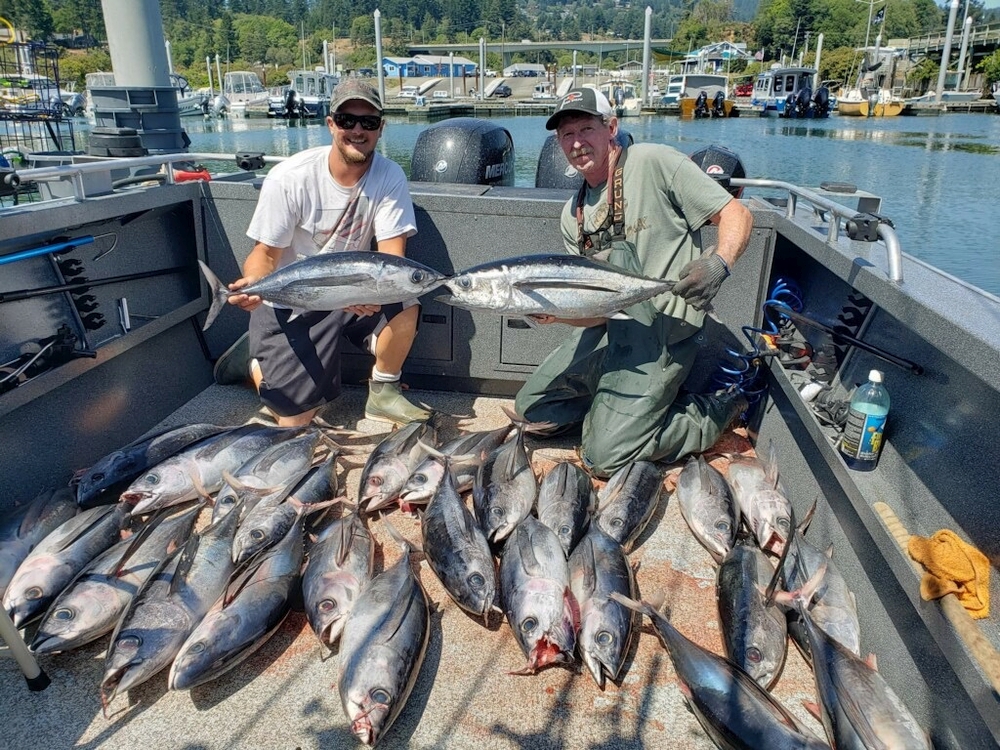 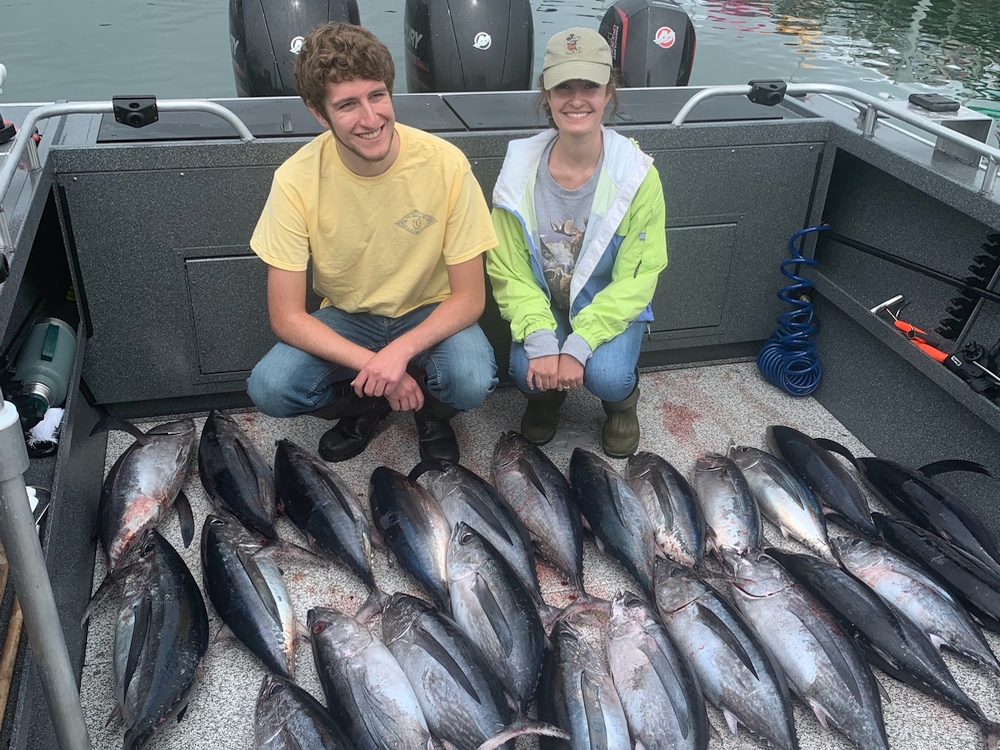 Kings average 12 to 18 pounds out of Brookings, but fish over 50 pounds are caught each season.

Also known as silvers, coho are abundant in the mid-summer months. They can be quite abundant off of Brookings and average 8 to 10 pounds.

The ocean salmon season out of Brookings runs May 28-Aug. 7 and Sept. 3-5. Fishing is open seven days a week with a two-fish-per-day limit. Wild or hatchery kings may be kept. Kings must be at least 24 inches. Hatchery coho may be kept June 25-Aug. 7, or until the 26,000-fish quota is filled. 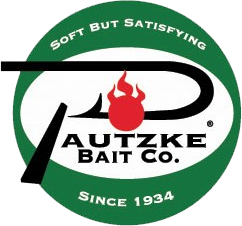